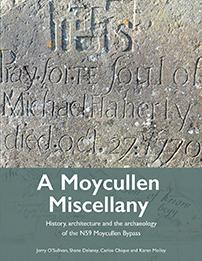 A large gathering of people spent a very pleasant evening in The Forge, Moycullen, on 15 August 2019, to witness the launch of A Moycullen Miscellany (TII Heritage 8). This new book, written by Jerry O'Sullivan, Shane Delaney, Carlos Chique and Karen Molloy, tells the story of this gateway village to Conamara from prehistory to modern times. The context for its publication is the N59 Moycullen Bypass, which will be under construction in 2020. The book was formally launched by guest speaker Very Revd Anthony Previté, with a lively and entertaining rumination on history, archaeology and publishing that included some thoughtful remarks on future public developments in Conamara. This was a perfect cue for Minister Seán Kyne TD, who graced the occasion with some impromptu words of his own. On behalf of his co-authors, TII Archaeologist Jerry O’Sullivan gave the gathering a glimpse of the contents of the book with a short, illustrated lecture on the role of geological, political and social boundaries in the history of Moycullen. The launch was jointly hosted by Galway County Council, Moycullen Heritage, and Transport Infrastructure Ireland.

A Moycullen Miscellany weaves together many strands in the story of an attractive village with a colourful history and a pleasing mix of old and new architecture. The village lies between the fertile limestone basin of Lough Corrib and the upland granite country of Conamara. Archaeological excavations on the N59 Moycullen Bypass route have identified new evidence for prehistoric and early medieval settlement in this landscape, including the first Neolithic farmers. This evidence is corroborated by fossil pollen from a local peat bog, which records the advance and retreat of woodlands as successive human communities cleared the land for tillage and pasture throughout prehistory. In medieval times Anglo-Norman conquerers built a castle and church near the lake, but their manor of Gnó Beg (an ancient name for Moycullen) was afterwards ceded to the O’Flahertys, the Gaelic medieval lords of Conamara. By early modern times the choicest land was occupied by big landowners and their mansion houses, while their tenants lived in clustered cabins on the rugged hillslopes. From the 1830s the modern village began to converge around a crossroads created by Alexander Nimmo when he engineered a new road from Galway Bay to Lough Corrib. Though the village continues to grow, the crossroads is still at its heart.

A Moycullen Miscellany: history, architecture and the archaeology of the N59 Moycullen Bypass, published by TII in June 2019, is now available in bookshops and can be ordered online from Wordwell Books. 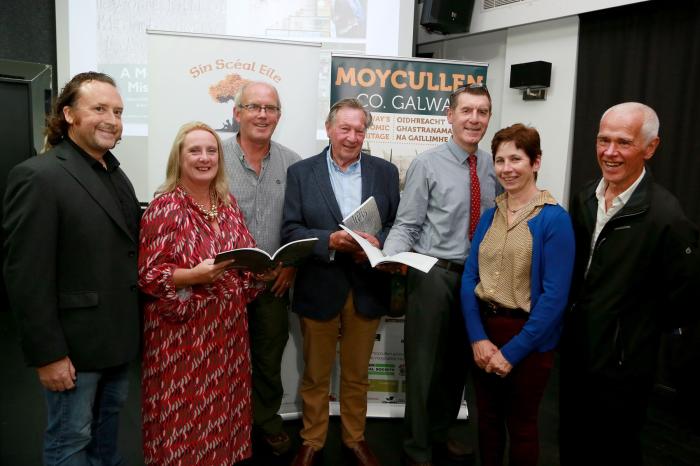