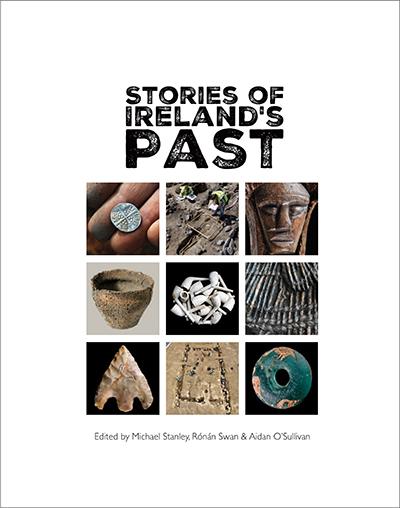 The eight papers published in Stories of Ireland’s Past stem from a public seminar held in 2014, during which leading scholars evaluated the contribution of ‘roads archaeology’ to our understanding of rural Ireland’s prehistoric and historic past. Surveying some 10,000 years of new archaeological evidence for the human habitation of the island, the authors have delivered a truly significant publication: Stories of Ireland’s Past represents a state-of-the-art review of the newly discovered archaeology of one of the richest archaeological landscapes of Europe, if not the world. As two of the authors put it, ‘the great strength of the work carried out by archaeologists and archaeological consultancies working on national road schemes’ is that the ‘road excavations have opened up to scholarship an entirely different view of Irish archaeology.'

In her opening remarks, Dr Alison Sheridan noted that "the word 'transformative' can justly be used to describe this book's impact on our understanding of Ireland's past. Indeed, it would be hard to overstate the scale and importance of the contribution made by TII and its predecessor, the NRA, in overturning preconceptions about Ireland's past and in making us rethink how people lived, interacted and made sense of the world centuries and millenia ago."

Praising the new book, Dr Sheridan said: “This is truly a milestone in Irish archaeology: a step-change in our understanding of Ireland’s past, written by foremost scholars and attesting to the massive contribution made by roads archaeology. It should be on the shelf of anyone interested in Ireland’s rich and fascinating past.”

The book is available from all good bookshops and can be purchased online through Wordwell Books priced at €25. 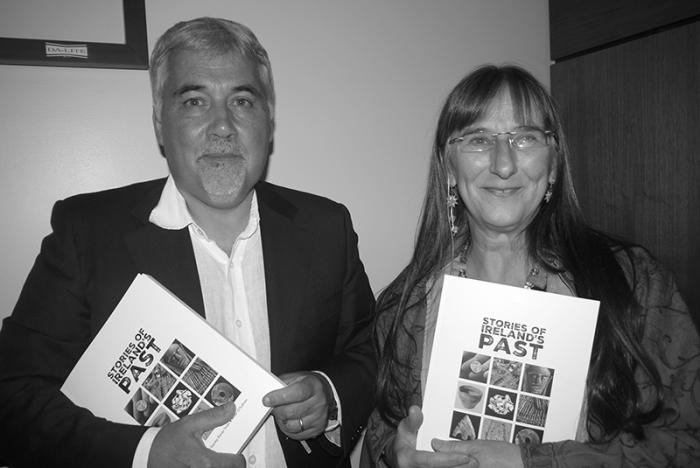 Co-editor Professor Aidan O'Sullivan and Dr Alison Sheridan at the launch of Stories of Ireland's Past.