Archaeologists working in advance of the proposed upgrade of the N16 Lugatober (Lugnagall to Drumkilsellagh) road development, northeast of Sligo town, have recently unearthed a fascinating range of prehistoric sites, as well as more recent sites of cultural heritage interest. The investigation works involved c.9 hectares of geophysical survey and over eleven kilometres of archaeological test trenching, which assisted archaeologists in locating new archaeological sites that were hidden beneath the ground over several millennia. Survey works also included archaeological wade and metal detection surveys of watercourses and built heritage surveys. The investigation and excavation works were conducted between June and December 2020 by Archaeological Management Solutions on behalf of Sligo County Council and involved up to 30 archaeologists working on 15 different sites.

One of the most thrilling discoveries was a large, palisaded (timber fenced) enclosure, prominently located on a rise at the western foot of Cope’s Mountain in the townland of Castlegal. The enclosure may date to the Bronze Age or Iron Age (between 4,500 – 1,500 years ago) and could have been used for religious or ritual ceremonies and other important communal activities. Three prehistoric burial monuments known as ring-ditches were also discovered and excavated nearby (in Castlegal and Lugatober townlands) which reflect a landscape where the dead were buried and revered in prehistoric times. Perhaps the people who built the Castlegal palisade enclosure buried their dead in these burial monuments, a question that can be only be explored when scientific analysis has been completed. Other important finds included a possible prehistoric building, thought to be Sligos first Neolithic house and charcoal-production pits, as well as spreads of charcoal and burnt stone that may be the remains of ancient cooking places. 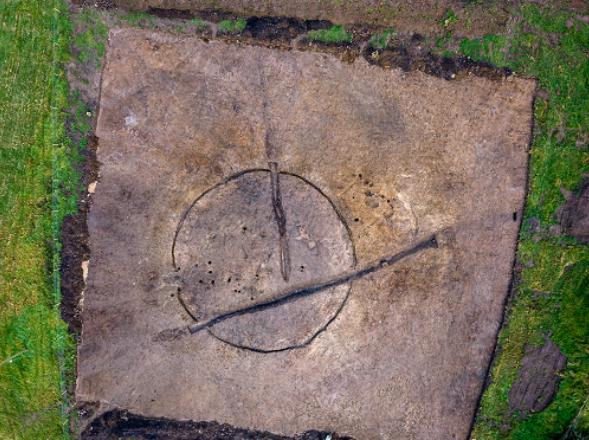 Some of the excavated sites uncovered a range of artefacts including flint blades and scrapers for tools, fragments of pottery and blue glass beads. These objects provide evidence of expert craftsmanship, trade networks and even on how people chose to adorn themselves. Other material, such as animal bones, as well as cereal grains and charcoal recovered from soil samples, provide evidence of how they farmed, what they ate and their local environment. 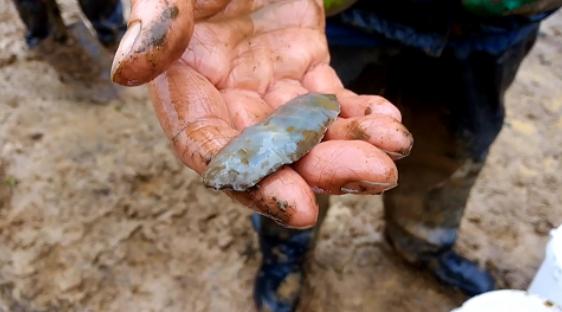 Check out our series of exciting video recordings of the archaeological works produced by AMS: