Since its launch, Luas has been continuously improved to provide better service to its users. 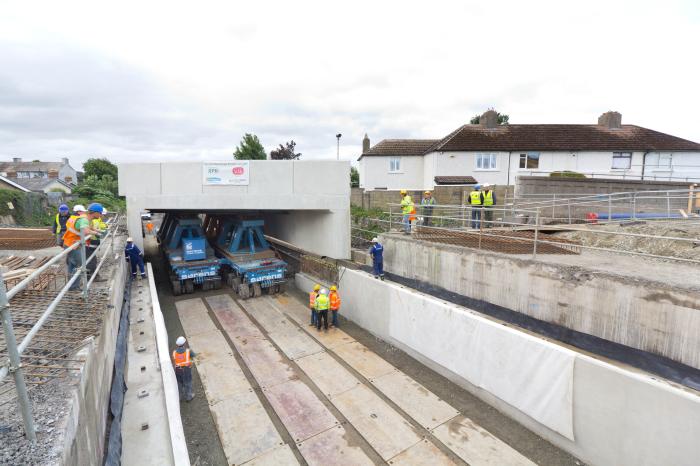 Since opening for service in 2004, three extensions to the existing Luas lines have been completed. These were:

Since the initial opening both lines have been extended and split into different branches. Currently the system has 54 stations and 36.5 kilometres (22.7 mi) of service track.

RPA wished to increase Luas Red Line passenger capacity by converting the existing 26 Citadis 301s to 26 Citadis 401s.This required the supply and insertion of a Motorised Intermediate Car (MIC) and a Suspended Car (CS) for each of the vehicles, making them five module vehicles upgrading from three module trams. Capacity on these trams has increased further with the addition of Spider Bars for standing passengers in the centre of carriages and additional flip-down seating.

The €41m of required funding was approved in December 2005 by the Department of Transport, with RPA committing to a rate of vehicle conversion of one longer vehicle every two and a half weeks. One tram at a time was removed from service and extended. The funding also covered the extension of the depot at Red Cow and additional tram stabling lanes to accommodate the newly extended 40 metre fleet. The extension of the Red Line Trams started in February 2007 and was completed on time and under budget in May 2008.

On March 31st 2007 RPA entered into a €51m contract for an additional 18 Luas vehicles. Following the successful granting of a Railway Order by An Bord Pleanála for Luas Citywest (Line A1), RPA increased the original order to 26 trams with the addition of 8 more, at an additional cost of €22m. These trams were purchased to ensure RPA maintain the same timetable service frequency on both Luas Red and Green Lines. The addition of these 26 new trams to the Luas fleet brings the total number of trams to 66.