Since 2019, Ireland is taking an active role in the implementation of the European Union Cooperative-Intelligent Transport Systems (C-ITS) strategy, improving its membership within C-Roads Platform to “Core” member along with other Member States.
This project of €10 Million is funded by the European Union at a 50% funding rate and it was awarded and signed by Ireland in 2019, will allow Ireland to implement a national C-ITS Pilot.

Being a part of Intelligent Transport Systems, Cooperative ITS (C-ITS or cooperative systems) encompass a group of technologies and applications that allow effective data exchange through wireless communication technologies, very often between vehicles (vehicle-to-vehicle or V2V) or between vehicles and infrastructure (vehicle-to-infrastructure or V2I). C-ITS are to be understood as a broad concept which therefore should not be limited to V2V or V2I communication, but also to include C-ITS applicable to vulnerable road users such as pedestrians, cyclists or motorcyclists.
The deployment of C-ITS is an evolutionary process that will start with less complex use cases that benefit different actors. These are referred to as “Day 1 services”, encompassing messages about traffic jams, hazardous locations, road works and slow or stationary vehicles, as well as weather information and speed advisory related to traffic light frequencies, in order to harmonise traffic. Using probe vehicle and infrastructure related data, C-ITS services can be transmitted directly into the vehicles in a way that allows users to be informed but not distracted. This process will be followed up by testing and later operation of “Day-1.5 services”, i.e. measures about fuelling & charging stations, Park & Ride information, Traffic information & Smart routing.

C-Roads Platform: The platform of harmonised C-ITS deployment in Europe

The C-Roads Platform is a joint initiative of European Member States and road operators which are in the phase of installing C-ITS for pilots and later operation. Pilot installations will be harmonised, ensuring interoperability based on cooperation within the C-Roads Platform. Key elements are the joint development of technical specifications which provide the basis for all pilot deployments, as well as common cross-site testing to achieve interoperability of the deployed C-ITS services.

Click here to view the Core members of this platform

The following is a promotional video from the C-Roads Platform outlining its objectives:
C-Roads #SafeRoadsTODAY

The overall aim of the C-Roads Ireland C-ITS pilot is to deploy, trial and evaluate Day-1 and future C-ITS services. The pilot will include development of services to align with Irish priorities, whilst recognising relevant standards and regulation. The pilot will test and evaluate C-ITS services on the Irish Roads Network, predominantly on the Irish TEN-T network and a strategic route approaching and within Dublin City. The pilot will consider how the wider Cooperative, Connected and Automated Mobility (CCAM) model supports C-ITS and wider CCAM considerations.

The objectives of the Irish C-Roads national pilot is as follows:

The trial location will take place along the Core TEN-T corridor of 355 km, between Cork and the border with Northern Ireland, including M50 in Dublin, and it will be divided into sections that will focus on specific use cases.
Concretely, besides the platform systems and the site equipment’s required installation, it is foreseen the following equipment in vehicles:
The route of the C-ITS pilot will have 5 sections: 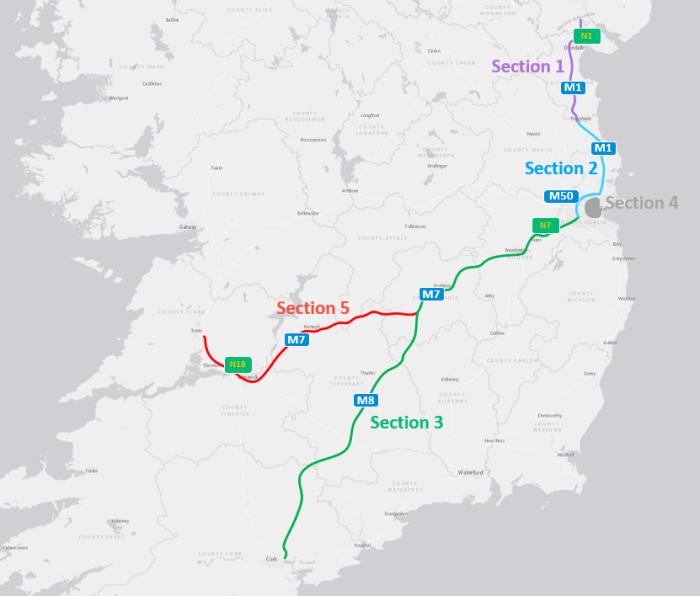 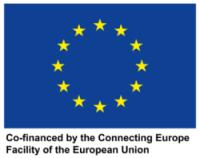 Disclaimer: The content of this article does not reflect the official opinion of the European Union. Responsibility for the information and views expressed in the article therein lies entirely with the authors.